In 2022, we celebrate our proud heritage, who we are today, and who we want to become over the next 100 years.

It all started with one scheme – the 1922 Scheme, serving federal public servants – and, after several name changes and restructures, became the Commonwealth Superannuation Corporation in 2011. We are still loyally serving Australians today as we have done for a century.

In this centenary year, we celebrate our proud heritage, who we are today, and who we want to become over the next hundred years.

Becoming the super fund of choice

CSC - the next generation

Read stories from our customers 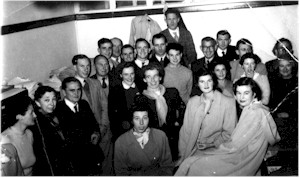 Read stories from our staff

How much is enough?

Have you ever wondered what your retirement will look like? How much money might you need to fund your lifestyle?

Learn more about how you can manage and maximise your superannuation with our recorded webinars.

CSC has decades of experience guiding and supporting its government and ADF members.